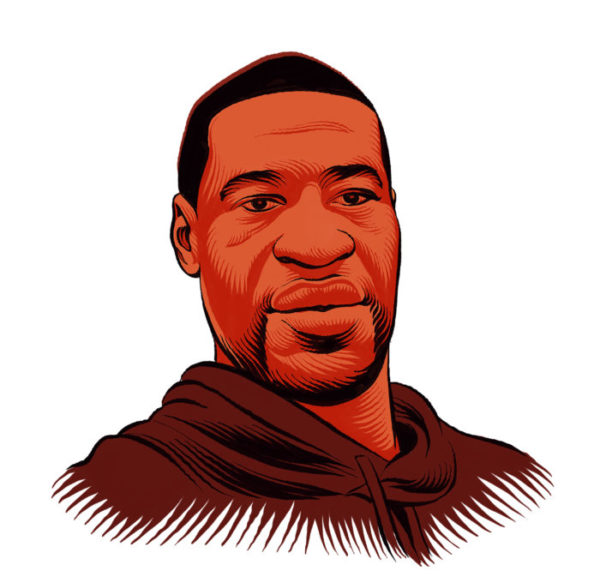 This week, we grieve for America. For the familiar refrain of black bodies killed by structural violence rooted in white supremacy and the legacy of slavery. And as a consequence of the modern-day weaponization of whiteness that causes harm – and death – a straight line can be drawn from Amy Cooper in Central Park to George Floyd in South Minneapolis.

The week began with the viral video of a woman in central park, calling 911 on a black man birdwatching, who asked her to leash her dog who was disrupting the habitat (and was off-leash against the stated rules). Then on Monday came the murder of George Floyd by police in Minneapolis, who crushed his neck for at least 7 minutes, ignoring cries of “I can’t breathe. Everything hurts. They are going to kill me.” And on Tuesday, in the WeWork in Minneapolis where World Savvy offices, a white CEO called 911 on a group of young Somali entrepreneurs who share the same space, using the office gym, assuming they were there illegally. Though this kind of institutionalized racism has been in the air we all breathe for hundreds of years, social media offers us all a window into its particular cruelty and violence. It is a reckoning that we cannot choose any longer to pretend is overblown or overstated. And yet, videos of murder sometimes offer fodder for debate, rather than a unified outcry for accountability and change.

The weight of this, and what comes next – the healing and the repair – must begin and end with reflection and accountability for how we can all do better. Why does this matter, must it matter, to me? To our organization?

I am a white woman living in Minneapolis, by way of New York City, where these most recent incidents occurred. I’m the mother of two daughters, and the co-founder of an organization that for 18 years has been committed to engaging youth in the pursuit of radical empathy, relentless curiosity about the world around them, critical thinking about the root causes of injustice, and deep understanding of the people who shape our communities–however different from ourselves and our own experiences. I founded World Savvy with my dear friend, Madiha Murshed; a Bangladeshi Muslim who endured the xenophobic backlash in post 9/11 America and believed a different future was possible, and that education was the most powerful platform to strive for that. But the calculus for my decisions – every choice I make as a parent and a professional and a citizen – are shaped and privileged by my lived experience as a white person. An advantage I did nothing to earn except be born in the skin I am in.

When I talk with my children about the history of slavery and criminal justice reform, and systemic racism, it’s a choice; to ensure my children grow up awake and aware. But for a black or immigrant mother or father, these are not choices; these conversations are blueprints for survival for themselves and their children. They are the acknowledgment that this is a Tuesday morning in America, in 2020. I shudder to reconcile a world in which I would pray for the graphic video of my child’s violent murder to go viral, in search of an audience who can muster outrage; a world in which I would require that evidence to prove the injustice. And even then, to endure the inevitable debate of its merits – of the delayed and all too often unattainable justice for the atrocity.

In the face of this, and in the spirit of accountability, we are sharing the actions we are taking – actions you can take also – to call for justice for George Floyd, and to do your own work toward anti-racism:

Learn: we are recommitting ourselves to our own internal anti-racist work – to learning, listening, and working toward Ijeoma Oluo’s call to “fight racism wherever you find it, including in yourself.” No matter where you are on your own anti-racism journey, the following resources offer chances for deep learning:

Listen: here are people of color in our community who are speaking up on behalf of justice, and provide additional ways to advocate for justice and supporting your neighbors of color.

Just a few of the voices we are listening to:

Advocate: we are taking action and calling for justice for George Floyd and wider reforms to policing and policy.

This Google Doc, Taking Action for George Floyd, courtesy of the Coven in Minneapolis,  is “a collaborative resource list of ideas to help white people show up for racial justice” and includes many concrete actions we can all take right now.

Minnesota Uprising also has a list of actions you can take to advocate for change and support your local community through mutual aid, as well as resources to learn and places to donate.

Give: we are supporting organizations working for racial justice and criminal justice reform, as well as those most impacted by George Floyd’s death.

Support local and independent media by learning from, and donating to, Unicorn Riot.

At World Savvy we stand in solidarity and support of the many colleagues and organizations working toward this vision of a different future, a more just and equitable reality. We are here in support of the students, teachers, and families we work alongside who are adversely affected – every single day – by this structural violence. And we are committed to doing our own work that advances learning, discourse and truth-telling in the service of that vision for our future.

And on behalf of our team, our Board, and the amazing network of colleagues and collaborators impacted by events like these that have become all too common in America, we grieve. And we will keep striving for a different reality, with relentless hope for a day when this is not a Tuesday morning in America.