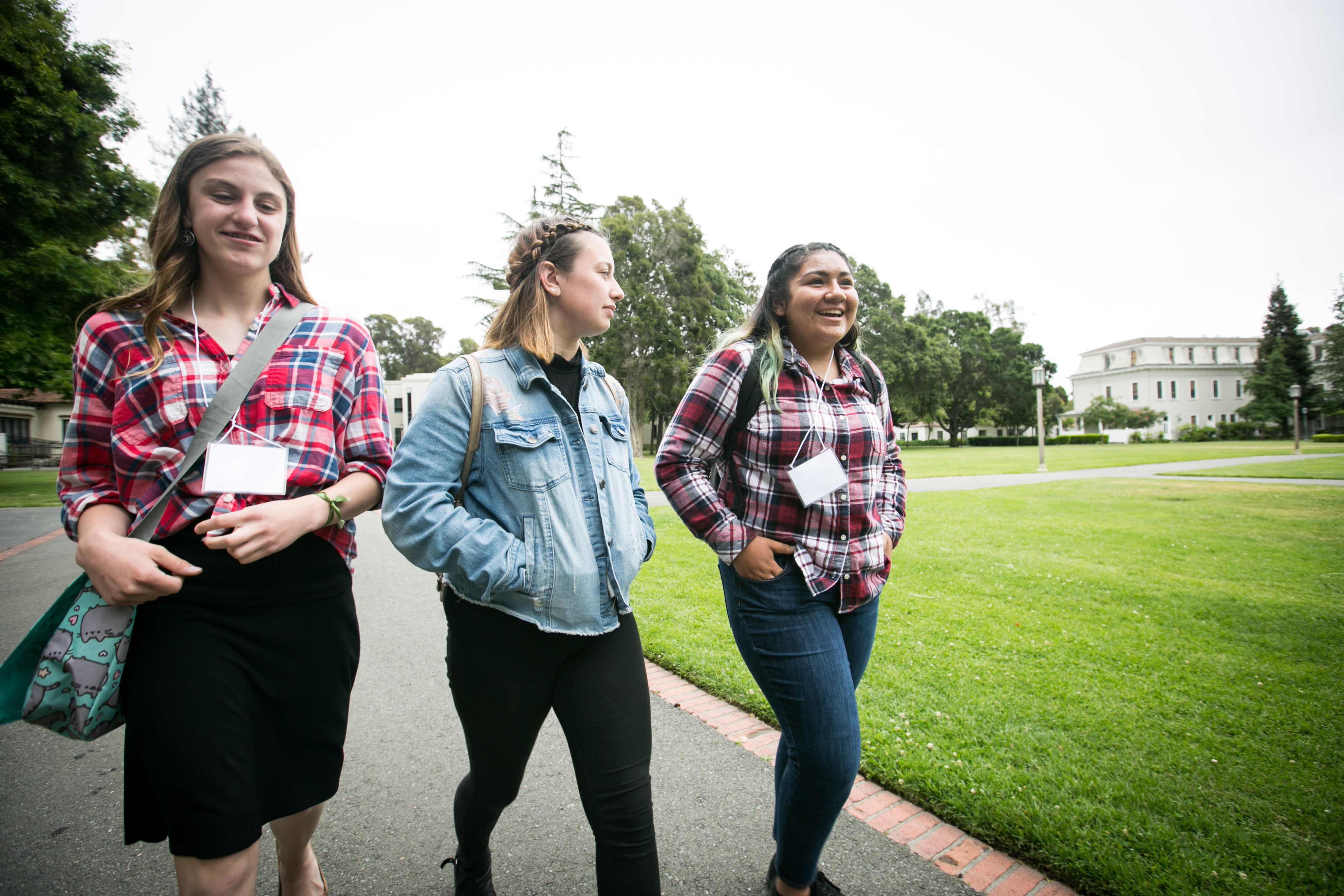 Our world is changing faster than ever before. What students today will have to process, the degree to which they will need to adapt and change — throughout their professional, civic and personal lives — is unprecedented.

This is true for workforce development and professional preparation. My daughters are five and seven years old, and an estimated 65% of the jobs they could hold in their lives don’t exist yet. This is also true in our communities, and civic life, whether you’re in Minneapolis, or in Willmar, Minnesota, where, in a town of 19,000 people, more than half of K-12 students are immigrants with a native language other than English.

There is widespread coverage of the fact that by 2050 America will be a collective majority —  but what is less known is that the population of youth under 18 across the U.S. is already a collective majority that is ethnically and culturally diverse and bringing with them lived experience that reflects the expansive diaspora of migrants around the world.

The challenges we face are changing every day too. Borderless, complex problems like climate change, poverty, economic security, and global health are set against a landscape of constant change — changing technologies, information, and interdependencies between people and nations.

This future — of change, uncertainty, diverse and interdependent connections — requires us to ask deeper questions about what it means to be prepared and educated: the kinds of skills, dispositions, knowledge that young people will need to thrive.

Our current education system was designed to standardize learning and prepare students for a standardized world. But we know that this is no longer our reality.

Our World Savvy Classrooms program supports youth directly, with project and inquiry based learning that allows them to identify issues they’re passionate about and take action. Through professional development and school partnerships, we support teachers with workshops, coaching, and resources to help them build a teaching practice which centers global competence and cultivates inclusive classrooms. And through district and school partnerships, we support school and district leaders to think strategically about how to integrate global competence into organizational culture.

This year marks 17 years of World Savvy’s work across the country. Since 2002, we’ve been working with teachers and schools to reimagine what K-12 teaching and learning could be. We’ve been transforming schools into thriving environments where equity and inclusivity are foundational, the greater community is engaged, and learning is hands on.

Courtney Bell, a World Savvy educator from Minneapolis North High School built a culturally responsive, inclusive classroom that allowed scholars to lead their own learning — exploring gentrification and economic development on the north side and how the development of transportation systems has impacted families’ economic opportunity. And the final product was a documentary film so impactful, The Star Tribune wrote about it.

Dan Amot, a teacher at Wellstone International High School — has been in our programs for five years, and this year, led a team of 12th grade teachers in a robust partnership across all content areas — social studies, math, Language Arts, and multilingual classes, and even chemistry. Students explored an essential question: how do I make my community stronger? To create their Knowledge to Action projects, the students focused on an aspect in each respective content area. They researched evidence about their topic, wrote opinion essays about their solutions, collected data, and used statistics to share information about their topic.

Today, we see unequivocally how the foundations of global competence — critical thinking, collaboration, empathy, perspective taking, and cross cultural communication — are not just nice to have, but essential.

All around us — politically, socio-economically, culturally — there is increasing division and inequity — at a time in history when we’ve never had more tools in our hands, more knowledge at our disposal, and greater collective capacity, to create a more just, sustainable, and equitable world for everyone. World Savvy students are rewriting this script, healing these divides, and harnessing this potential — embracing their power and agency as changemakers — to make sure our future is prosperous, peaceful, and one in which everyone can thrive.

Earlier this year, on the morning of one of the most tragic global events in recent history when a white supremacist terrorist bombed mosques in New Zealand during prayer, another event was unfolding across the globe. An act that stood in stark contrast to that hateful act of violence: Greta Thunberg, a 16-year-old Swedish climate activist with autism, inspired hundreds of thousands of young people across 80 countries to walk out of school for the first worldwide youth-led climate strike, demanding action on what she calls not climate change, but climate breakdown, climate crisis.

On such a dark morning, this inspired waves of profound hope in what the next generation of leaders can achieve, and already are achieving. As I read about and watched this movement build that day, I had one lingering question — a question at the heart of World Savvy’s work: What if students didn’t have to leave their school buildings to say something important?

What if what they engaged in, learned, interacted with, and put into action, every day, in school allowed them to be seen and heard — and to raise their voices up and take action on issues of consequence — things that mattered to them and to the world. What if school was a place not to run from, but a place to run to? What if every young person felt that way about school?

Now this may sound lofty — like an anthem or a rallying cry for some future state not rooted in what’s possible today. But from the moment World Savvy was a mission put to paper, we’ve been challenging this cynicism about education, with real impact.  In 17 years we’ve reached nearly 730,000 students and 5,000 teachers across 27 U.S. states and 12 countries. 90% of World Savvy students have significantly enhanced their knowledge of community and global issues, their commitment to engaging in problem solving around civic issues, their skills and capacity for changemaking.

In 2018, we launched an ambitious three year strategic plan and 2030 Vision: to reach 10,000 schools across diverse geographies by 2030.  Our work in rural areas of the country began last year in East Tennessee, and continues in Southeast Minnesota with a new Bush Foundation-funded Community Innovation grant. And we’re working in close partnership with Somali Community Resettlement Services to develop a blueprint for inclusion of Somali students in education which centers the voices of youth.

By reading this, you’ve already taken the first step toward supporting the students, teachers, and education leaders who are on the front lines of this work. We don’t do this work alone. And there are many ways that you can join our movement — as a volunteer, a donor, a sponsor, by bringing World Savvy to your classroom, your school, your community.

As we become more diverse as a nation it is absolutely essential that we put our collective energy into preparing young people to thrive as globally competent citizens and leaders, committed to and capable of building a better future for everyone. Join me as we make this vision a reality — one day and one student at a time.